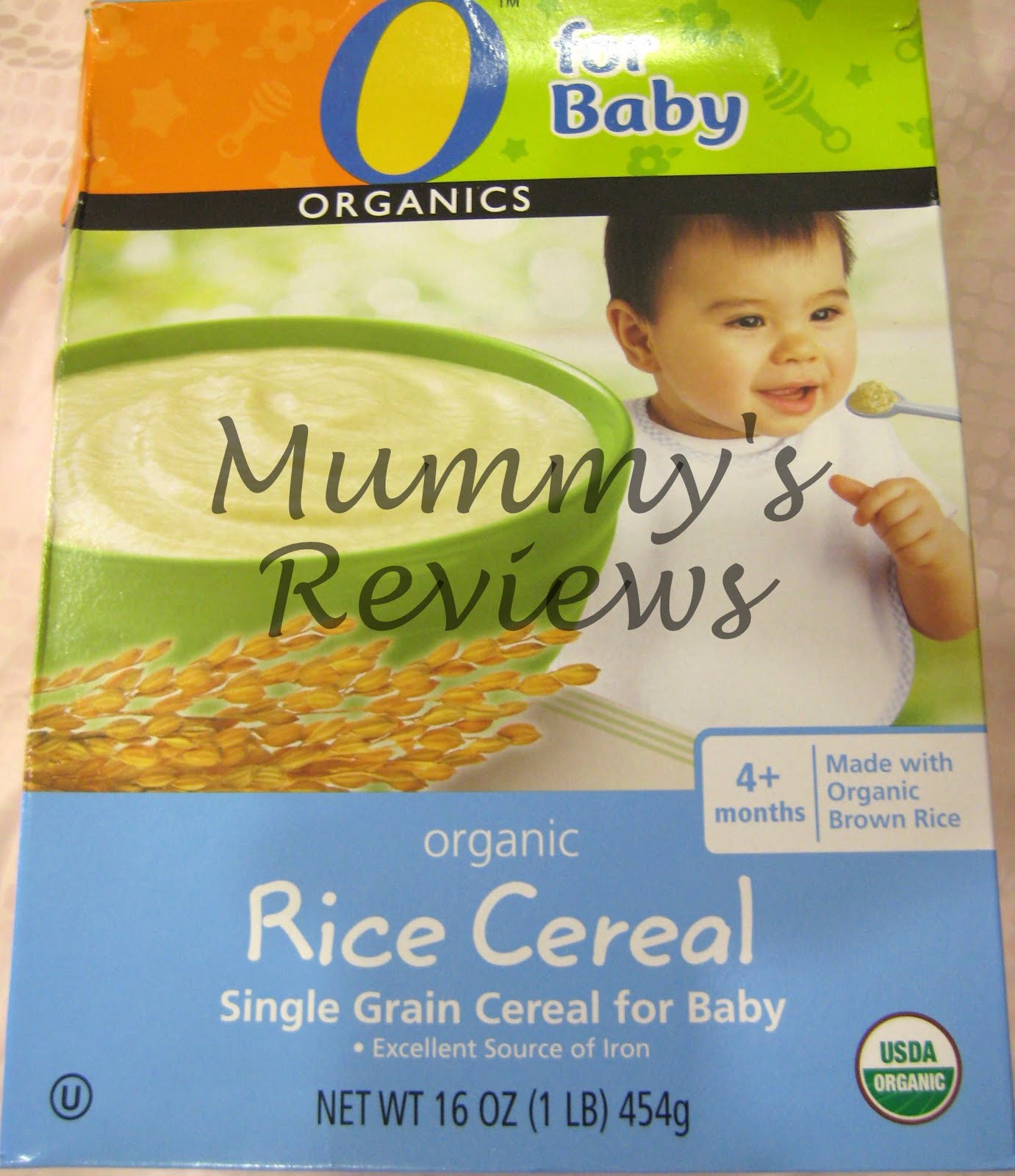 For Baby V’s first semi-solid meal, I was looking for an organic rice cereal and bought O Organics Single Grain Rice Cereal from Country Farm Organics (Bangsar Village) to try. The purchase was out of convenience rather than a diligent shopping effort.

The 16oz (454g) pack costs about RM45 and has to be consumed within 30 days of opening. This is a product of Safeway in the U.S.A. and consists of organic brown rice, alpha-amylase (enzyme) and electrolytic iron. After adding milk or water to the cereal to the desired consistency, it would be ready for consumption.

The cereal came in a cardboard package with a spout opening at the side. I tried pouring the cereal from the spout but they became stuck at the opening. In the end, I tore the box from the top flap and stored the cereal in Tupperware containers instead. As the cereal flakes were small and paper-thin, they dispersed easily. I was unaware of this initially and a fan blew right at the cereal when I was scooping it, creating a mess in the room. Hmmph!

For Baby V’s first meal, I added expressed breastmilk and cooled boiled water to 1 tablespoon of cereal. The mixture was very easily prepared. As the cereal was rather liquid and contained the familiar taste of breastmilk, Baby V finished the entire portion. I tried a bit of the mixture and it tasted fine.

For his second meal, I added only water to 2 tablespoons of cereal until a relatively thick consistency was achieved. He finished the portion again and wanted more!

However, the pack is too big for a baby to finish in 30 days, so I had to eat the cereal for breakfast as well.

I would be shopping around for other brands of organic baby rice cereal. If you have any recommendations, feel free to drop me a message. Thank you very much!

Mummy’s Reviews™ is a review site that receives compensation if readers make purchases from affiliate links (these are marked with an *). If we receive compensation from the companies whose products we review, this would be disclosed. These compensation help to maintain and grow Mummy’s Reviews™. We test each product thoroughly and give ratings according to our experience with it. We are independently owned and the opinions expressed here are our own.