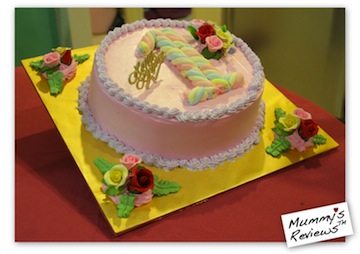 Jae celebrates his first birthday this month and officially enters toddlerhood! It’s crazy how fast time flies by… I still remember vividly giving birth to him on my birthday eve last year (read his birth story here), and now, he’s suddenly a walking-climbing toddler. Seriously, I think time zooms by faster with baby #2 because there’s barely any time to think.

It was a simple evening affair with some close relatives at home. I wasn’t adventurous enough to bake Jae’s birthday cake (unlike for Vee’s first birthday). A relative who bakes superb cakes made 2 for us. Yum yum!

We followed the tradition of letting the birthday boy crawl towards an object to reveal his interest. He sped towards the toy laptop. Kiasu Daddy made the boy crawl 2 more times, and he repeatedly chose the laptop. Oh great, we’ve got the next Bill Gates or Steve Jobs in the making. 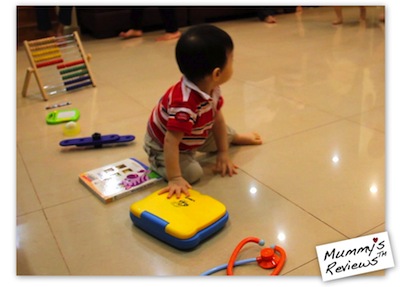 As usual, here’s his developmental update from 9 to 12 months old:

With 2 active boys fully under my care in the day, my personal to-do list is growing longer than a train! I try to write after the boys sleep, on top of creating homeschooling materials, reading, and watching Youtube videos with hubby.